Over the past few decades, the enterprise content management market has seen many changes. The rise of the Web, mobile and cloud have all changed the shape of the ECM industry and how it delivers technology answers to problems.

John Newton has not only witnessed all these changes but also has had a hand in guiding the industry. A founder of Documentum and Alfresco Software, Newton was inducted into AIIM's Company of Fellows at its 2015 conference. I recently had the pleasure of talking to him about where the ECM industry has been and what he sees coming next.

Newton and I started with the biggest changes, and some of the surprises in the industry over the past decade. Newton said that the importance of consumer software in the enterprise was the most unexpected development.

His answer reveals a lot about how the industry has changed. In 2005, Apple was still two years from introducing the iPhone, and Facebook was an application only on a college campus. Predicting how the smartphone and the apps that we take for granted today would drive the development of the cloud was likely something no one envisioned.

Before the iPhone, the technology in the workplace was typically superior to the tech we had at home. Today most people own more advanced technology than they have access to at work. Wearables synchronize with apps on our phones, correlate data with millions of other devices, and provide health advice. It is not uncommon for people to be able to be more productive on their personal iPad than a company issued computer.

The importance of consumer software cannot be underestimated, and outside of perhaps Steve Jobs, nobody saw it coming.

The 20/20 hindsight we have now shows how hard it is to predict the future. That doesn't make it less entertaining to make the attempt. Newton, for example, has given a lot of thought to macro trends, the technology driving those trends, and more subtle changes in technology.

Newton predicts that we will stop managing documents and instead manage the business context and processes of which content is just a part. The existing concept of case management fits this mind-set but is too limiting in scope to fully convey the concept.

For example, a contract is more than drafts and signed copies of the document. There are the correspondence and supporting material that led to the contract's final state. People and companies are involved throughout the entire process. Together, all that information needs to be managed as a cohesive whole.

Even a sales presentation is simply part of a larger process that is managed by a CRM system. It loses meaning outside that context.

To avoid the pitfalls of earlier efforts to make this concept work, Newton sees the advent of smaller services surrounding content and processes that can be assembled into a broader technology. These micro-services will become the building blocks of business processes and applications. Newton sees business users eventually being able to construct processes using micro-services provided by IT departments and cloud vendors. Resulting applications can then be executed anywhere and allow end-to-end processes to occur on any device.

When Newton was describing it, I was thinking of Legos. I loved to build spaceships and I had a standard design in my head that worked with the Lego pieces I owned. Each build was unique, but it always solved the problem of giving my mini-figures a ship to explore my house.

In the future, Newton sees people building their processes and working in their business constructs. People will not work in an ECM system but in the application that creates and houses a contract, for example. All of information will connect behind the scenes to not only ensure information consistency and quality, but also to deliver needed information to people in a predictive manner.

Newton discussed what people should do today to ensure that they are ready for the future.

The key change is that organizations need to become more digital. This is more than simply taking paper and manual spreadsheets out of the daily work process. Systems need to talk to one another in a consistent, automated manner. Data needs to flow freely between systems as customers, partners, suppliers and employees all interact with that data from different, and sometimes multiple, systems.

It will be interesting to watch to see how the future unfolds and how accurate Newton's predictions will be. His vision is well thought-out, but who knows what surprises wait around the corner.

Why SMAC is already changing how you work

Is the paperless office imminent?

Get more out of EMC Documentum

mcorum - 12 Aug 2015 1:26 PM
We actually have a few, the most prominent of which are MS OneNote and SpringCM. OneNote is used more widely across the organization, whereas SpringCM is, I believe, used more by the legal department than any other department.
[-]

ncberns - 25 Sep 2015 7:54 AM
We have a few though they're mostly geared toward film production and set management. Not exactly IT problems. Scenechronize (https://ease.com/scenechronize) is excellent and used to support a lot of major Hollywood-type productions. For more general script collaboration, we use Google Docs among others.
[-]

Smita Mishra - 25 Sep 2015 9:40 AM
Most of our organization related IT is hosted on google including our emails - so we use google docs, gchat and hangouts for collaboration.
[-]

dwsmith - 9 Apr 2015 12:42 AM
The growth of workplace data and technology is changing the way we work. More employees are using their personal devices to work outside the office and consumer technology and apps are becoming second nature. I agree, in the next 10 years, companies in every industry will need to look for enterprise apps that help optimize employee tasks and manage business-critical information. While this may seem daunting, employees will soon demand this type of innovation in the workplace and companies need to become more agile and creative to offer technology solutions that not only meet their employees’ needs, but enable and empower them. -David Smith, Xerox
[-]

mcorum - 12 Aug 2015 1:31 PM
I think that David raises a truly valid point about employees demanding more of this type of innovation in the workplace, but I think that point may already be here. I’ve heard of situations where some younger employees want to work they way they want to work, and expect the organization to allow them to use the collaboration tools they want to. And, if those tools are not supplied, the employees are apt to install them on their own devices and use them anyway.
[-] 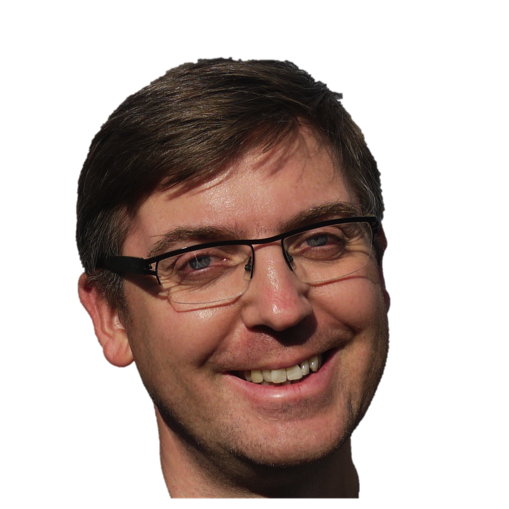 RobertCurran - 14 Sep 2015 10:47 AM
The most telling phrase here is: "Together, all that information needs to be managed as a cohesive whole." Micro-services that create and house a contract are all very well, but unless there is something also actively managing what constitutes "cohesion", we'll just end up with app soup. The cohesion isn't *defined* by the business process - that only provides context. For my money, notwithstanding the other excellent insights shared here, innovative ways to make sense of the information we already have is an integral part of the way ahead.